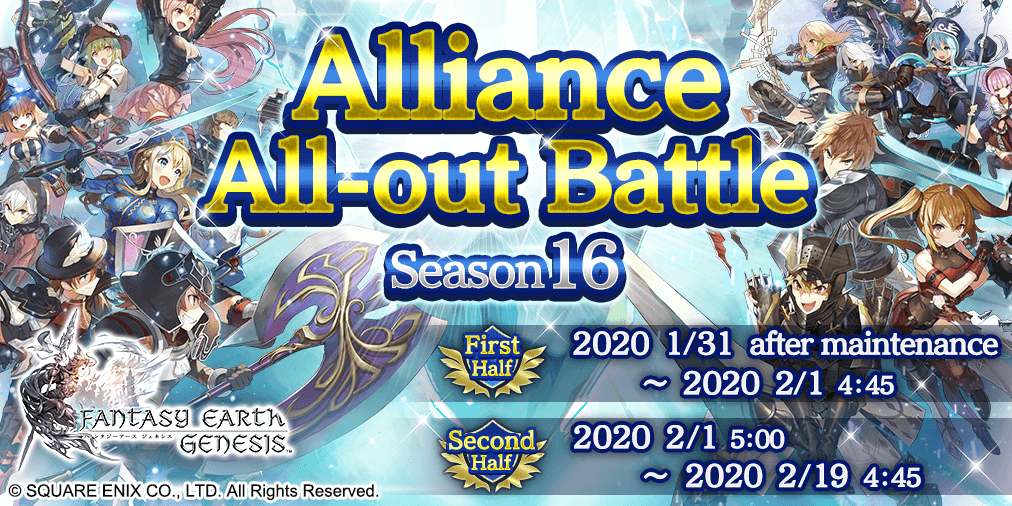 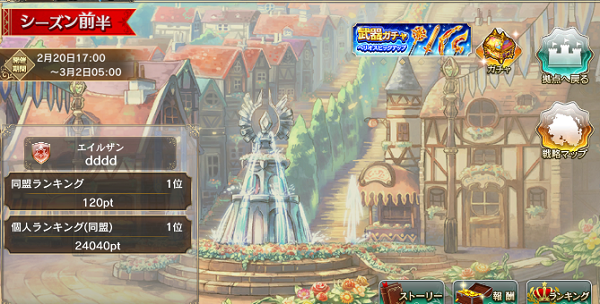 You can check the following from Alliance Battle screen.
・Period of Round 1 and Round 2
・Individual Records
・Play ADV
・Ranking Rewards for Alliance Battle
・Record of each ranking
Let's get those great rewards by raising your ranking from joining the "Alliance Battle"!

Alliance Battle: Season 16 will be conducted with the following schedule.

▼Retrieving timing and conditions of receiving Supply Base Rewards
【When joining the battle at Supply Base】
1. If winning within the Supply Base, and winning the results according to winning battles
You can receive "Victory Reward" and "Participation Reward" with above condition.

2. If winning within the Supply Base, losing with the results according to winning battles.
You can receive "Participation Reward" with above condition.

4. When you lost within the Supply Base and ended as losing condition.
There will be no receiving rewards with above condition. 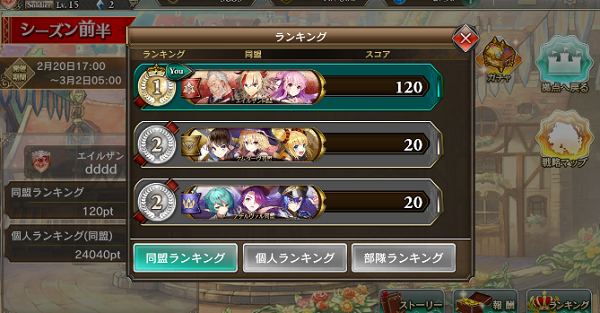 Let's reach for high score and reach higher of the ranking!

▼About Armor that can only get at "Alliance Battles" (Passionate Musical Band Armor)
There will be equipments that can only be retrieved by exchanging with "Exchange Ticket" that you can get from Alliance Battles.
Unlike the usual equipment, you will be able to activate "Set Bonus" when the armor is full set.

▼About "Set Bonus"
Effect included in the armor only able to get in Alliance Battle.
It will fully activate when all parts of equipment, "Head, Body, Arm, Legs, Feet" are set. 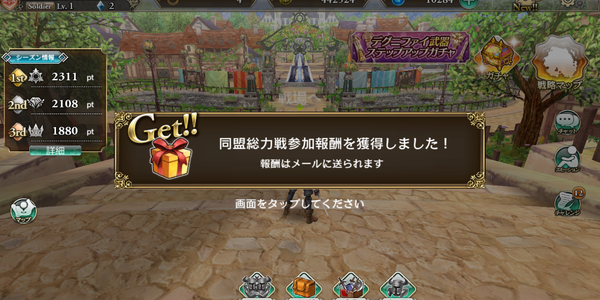 Unlike login bonus, you can receive after the day "You have participated the Alliance Battle."

The rewards will differ with "Round 1" and "Round 2," and "Round 2" will depend on the record of Alliance Ranking of the day on 5:00AM.

▼About "Boost. Lv"
Boost Lv. only exists in Alliance Battle's accessory, and Boost. Lv will be raised up to 5 by equipping the same accessory.
Bonus effect will be raised as Boost.Lv is raised.