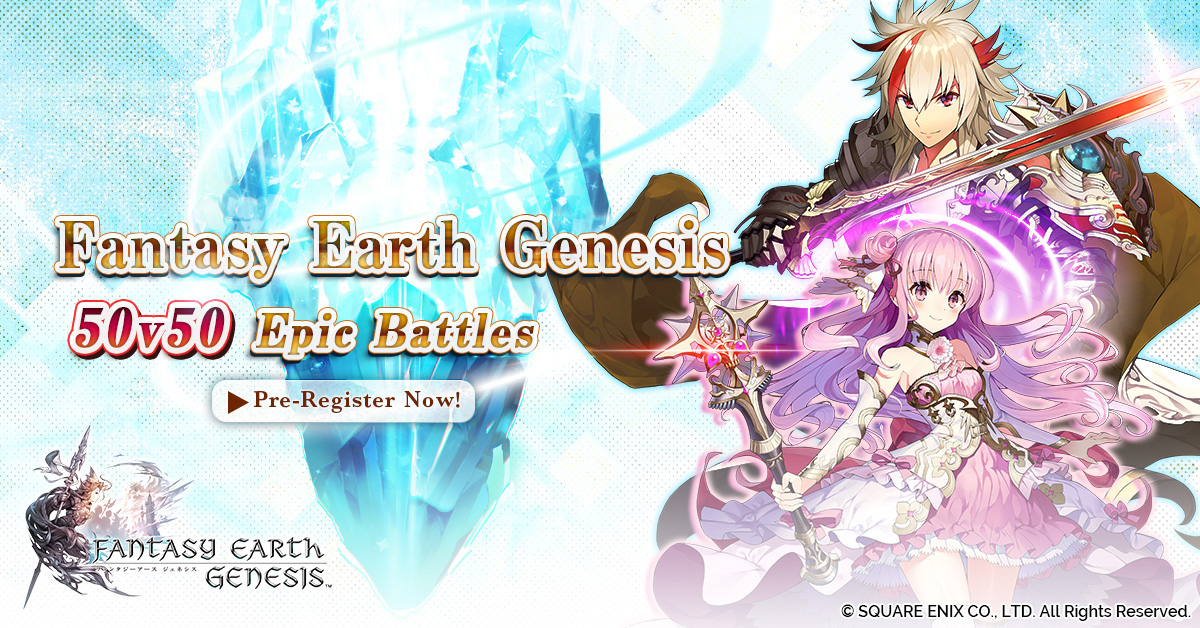 The Official Sequel: Massive 50v50 Battle on Your Mobile Device
Co-developed by SQUARE ENIX and ASOBIMO, Fantasy Earth Genesis allows players to choose their own kingdoms and classes. Hone your battle skills to serve your kingdoms!

・ 03_Expand and Defend Your Kingdom in Massive Wars

Players will need to capture Crystal Towers and defend them to claim victory. Additionally, when certain conditions are met, powerful units will become available to be summoned to turn the tide of battle!
・ 04_An Endless War Between Three Kingdoms